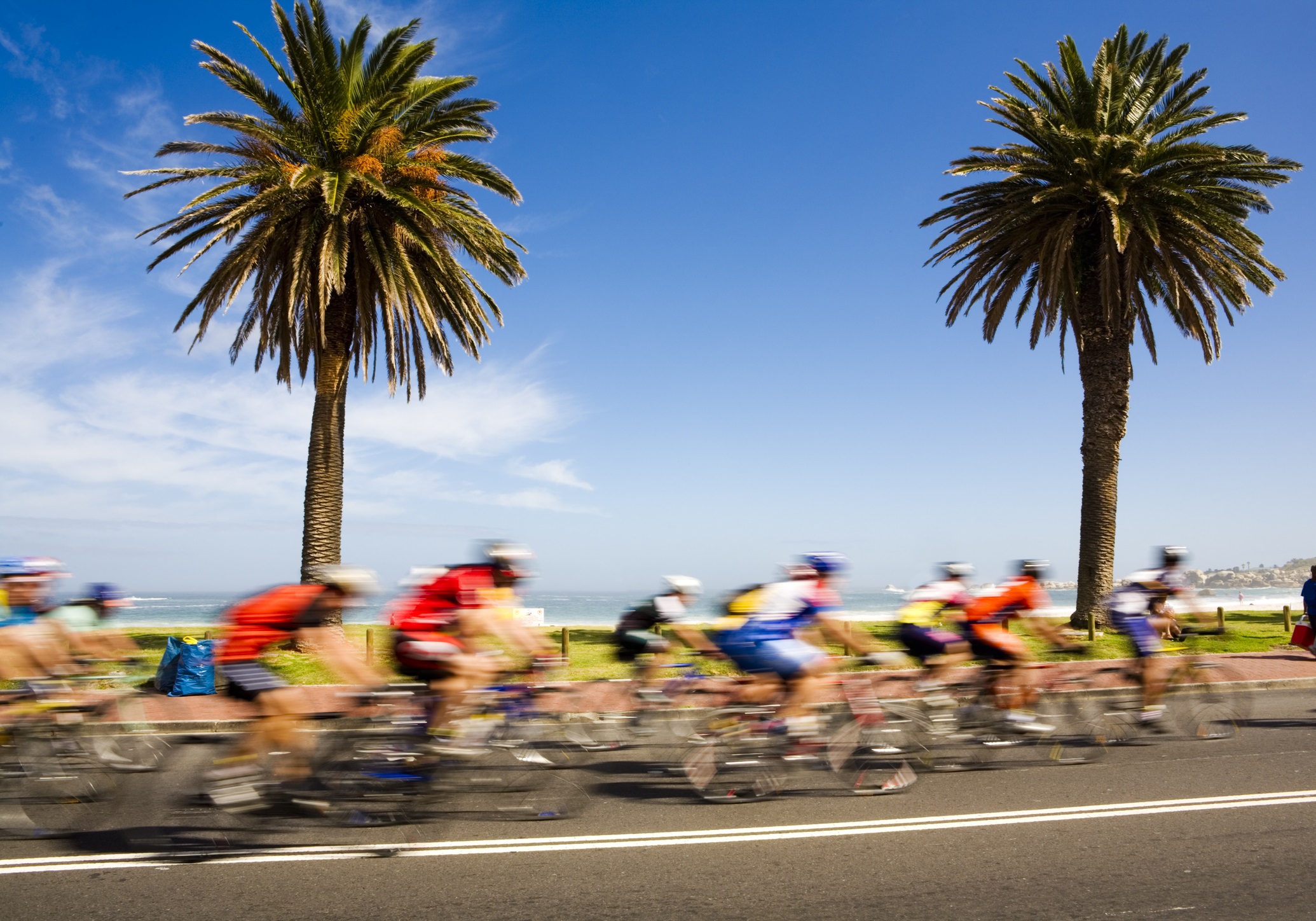 The Cape Town Cycle Tour. Famous across the world as the largest individually timed cycle race – every year, as many as 35 000 entrants come together in this festival of the pedalled wheel.

The size of the event means that it’s important to be properly organised, if you want to get the best from the experience.

We’ll get to some tips on the best way to do that; but first, let’s detour into the history of the race.

What is the Cape Town Cycle Tour?

A product of the 70s, the Cape Town Cycle Tour started life as the Big Ride-In: it was organised as an effort to promote cycle paths in Cape Town.

That first event took place in 1978, and was attended by less than a thousand cyclists that September.

With one exception, the race has always hovered around the 100km mark. For most of the 80s, attendance grew slowly – until 1988, when the number of cyclist suddenly doubled.

By 1994, with South Africa entering a new era of democracy, the event was attracting close to 20 000 competitors; it broke this milestone the following year.

Now, it stands as the largest event of its kind, with spectators, amateur enthusiasts, and a who’s who of the cycling world gathering in Cape Town to take their part.

Severe water shortages in the Western Cape saw worries surface that the race would be cancelled this year – an ominous signal, following on the cancellation of the 2017 edition due to extremely high winds.

Happily, this years’ race has been given the go-ahead, with strategies in place to reduce the amount of water needed from the municipal supply, including:

Supplying spring water from outside of Cape Town

A final strategy will see no shower facilities in use – so prepare accordingly.

The Tour this year starts in Cape Town’s city centre, striking out towards the False Bay coast before crossing the Cape Peninsula and taking in the views of Chapman’s Peak; cyclists will cross the finish line 109km later.

That may sound easy, but don’t be fooled: along the route cyclists will climb more than 1000m above sea level, get to grips with the famously difficult Suikerbossie hill climb, and have to endure Cape Town’s capricious winds.

For the spectators, things are a bit more relaxed.

Whether you’re showing up to support a friend, or simply to enjoy the spectacle, you’ll want to know the best way to watch the race.

Road closures around the route can make things difficult, so it’s worth planning a route of your own to get the most from the experience.

You’ll certainly want a car to get around; public transport is going to be difficult and inflexible, and services like Uber tend to take advantage of events of this size to apply surge pricing.

For out-of-towners, that invariably means a hire car – for versatility and ease of getting around they’re hard to beat.

Once you’ve sorted your transport, you’ll want to pick your ‘watch spots’. It’d tax the most dedicated supporter to be at every significant spot, so you’ll need to do some pruning here.

A number of spots on the route are great for watching, but for our money Suikerbossie’s infamous climb is the best, along with the final stretch in Seapoint. Watching the cyclists come into the finish gives a special thrill.

Sea point is a great spot for another reason: coming as it does at the end of the race, it gives you an ideal opportunity to take part in the festivities that invariably follow such events. Take advantage of the numerous bars and restaurants to keep yourself refreshed, and mingle with the race’s participants while you’re at it.