Your comprehensive guide to a Capetonian Christmas

Here’s how to celebrate Christmas like a true Capetonian

It just so happens that Christmas falls squarely in the middle of the South African summer, and as a result veers quite far from the traditional Western notion of a white Christmas. No snowmen, no eggnog, no landscapes blanketed in snow. But that’s not to say that we don’t have our own traditions! As we head into the festive season we’ve racked our brains for some of our favourites way to celebrate that Christmas feeling in Cape Town. 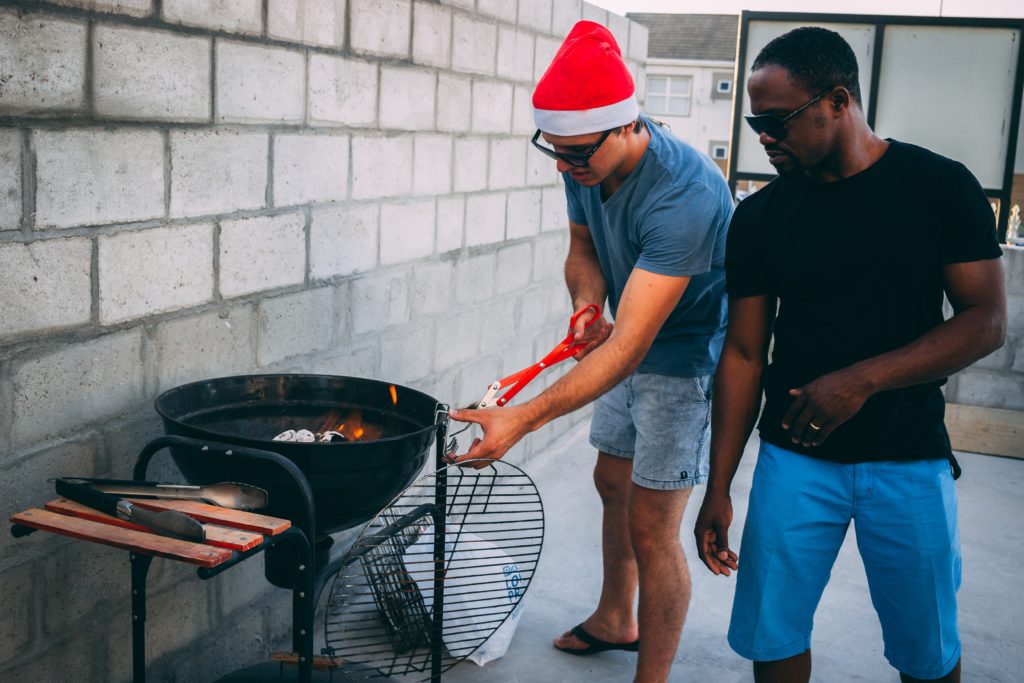 Braais (barbeques) are a hot favourite all year around (excuse the pun), but they’re especially synonymous with the festive season. While the traditional Christmas scene is that of egg nog around the fireplace, the South African version is somewhat better suited to the typically hot weather: a braai around the pool.

Every Capetonian will recall the drive through the Adderley Festival of Lights with nostalgia as a classic childhood Christmas memory. On the first Sunday of December, the Christmas lights along Adderley street are switched on with great fanfare. The Festival of Lights marks the day that the major turns on hundreds of festive lights in the city centre, followed by a huge free street party. 2019 marks the 50th anniversary of this special tradition, so this year will be bigger than ever. You can expect stalls lining the streets with everything from snacks to Christmas gifts. At around mid-day,  a live concert commences, featuring the likes of Sho Madjozi and  the Ndlovu Youth Choir. As soon as the sun dips below the horizon, the Christmas lights are switched on. If ever  there was an event to kick off the Christmas spirit, it is this one! 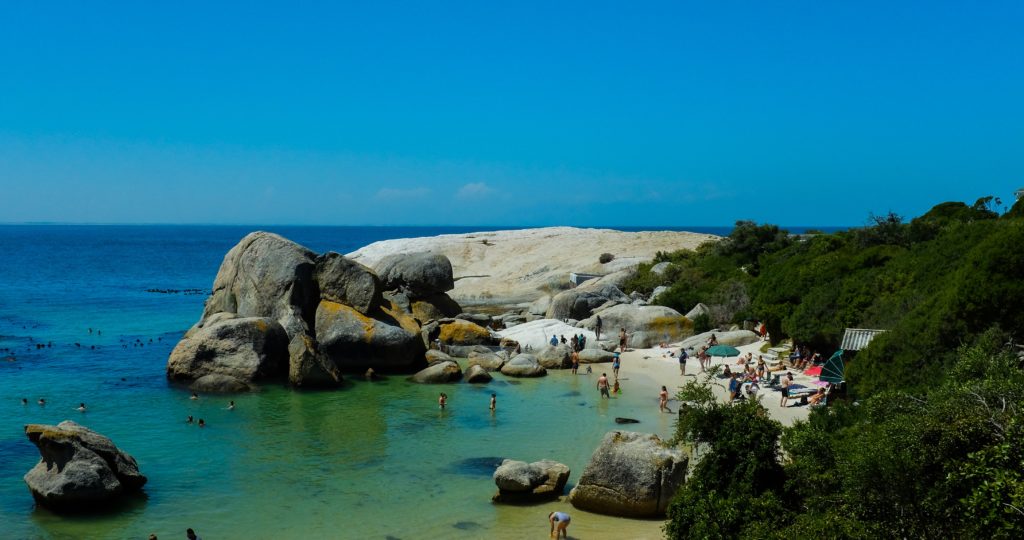 Thanks to the hot weather around Christmas time, much of the holiday season is centred around the beach. Plan in a good few beach days around Christmas, and be sure to get there early because every one else will be making their way to the beach too (the beach culture runs strong in Cape Town!). Instead of building the classical snowman, you can spend your day revelling in the sunshine, building sandcastles. Don’t forget to bring the seasonal favourite snack, a watermelon, the traces of which are easily washed off with a quick dip in the ocean.

Nothing gets you into the festive spirit quite like Christmas carols! Carols by Candlelight is a hugely popular event that takes place every year in Kirstenbosch Gardens. Imagine the melodic sounds of Christmas carols and picture the hundreds of glow stick lights in the beautiful garden setting and you’ll get an idea of what you can expect. Families come together to picnic on the luscious Kirstenbosch lawns, before the sun sets. As the dusk comes on, glow sticks are handed out and the carols begin. This year, the event will also host several Christmas-themed pop-up stalls, featuring everything from festive headgear to stocking fillers and tree decorations. This year Carols By Candlelight takes place on the 12th, 13th, 14th and 15th of December, and marks the 31st anniversary of the event. Be sure to book your tickets in time!

What better way to get started on Christmas shopping than to dodge the mall madness and browse at the local markets. It’ll get you into the Christmas mood, make for a far more pleasant shopping experience and you’ll be supporting local businesses too! From the Potters market which offers beautiful locally crafted ceramics, to various craft and gift fairs, you’re sure to find unique and original gifts for your loved ones.

This carnival might not strictly form part of Christmas time, but it’s a thoroughly Capetonian holiday tradition. On the second of January, the Cape Town Minstrel Carnival (better known amongst locals as “die Kaapse Klopse”) explode onto the streets of the Mother City in a flurry of colourful costumes, thumping drumbeats and song, for a street parade called Tweede Nuwe Jaar (Second New Year). Throngs of Capetonians hit the street to take in the vibrant show that the Kaapse Klopse troupes put on. The history of the Carnival runs deep, and has its roots in the colonial era, when most people of colours in South Africa were enslaved. Slaves were given a single day a year off, namely the second of January, when their masters were recovering from the previous night’s debauchery. They made the most of this day off and celebrated it by dressing up, dancing and playing music. Many of the songs still sung today date back to the 1800s. To watch this incredible parade, you can find yourself a place among hundreds of other spectators along their 7km route from Keizersgracht street to Rose Street in Bo-Kaap.

So if you’re looking to exchange an icy winter for a blistering summer this festive season, don’t fear, there are plenty of ways to keep that Christmas spirit in Cape Town!